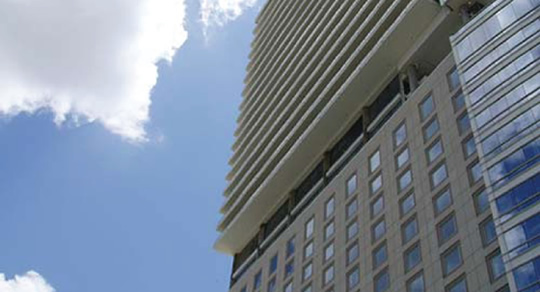 Located in the heart of Dallas, just north of the downtown business district in a formerly unusable inner city site, Victory Park is one of the country’s most significant master planned urban developments. The project began with the construction of the American Airlines Center Arena in late 2000, home of the Dallas Mavericks basketball team and the Dallas Stars hockey team. A acre urban center, when complete Victory Park will offer retail establishments, dining, modern office space, residential units, entertainment venues, and a cutting–edge hotel. Part of the development will include Victory Plaza, an area reminiscent of Times Square in New York City.

In 2005, immediately across the street from the American Airlines Center, McCarthy General Contractors broke ground on what is now the W Hotel. The W Hotel, owned by Starwood Properties, is a 33 story luxury condo–hotel offering unique and exciting interiors, classic W amenities including terry/pique robes, an infinity edge swimming pool on the 16th floor, and top–notch restaurants and lounges. W Benton Wofford of James Johnston & Associates, the Consulting Engineer, designed the building to include hotel facilities up to the 15th floor, and luxury condo units from the 16th to 30th floors. Ross Perot Jr. has his own private penthouse suite complete with his own personal heliport on the roof.